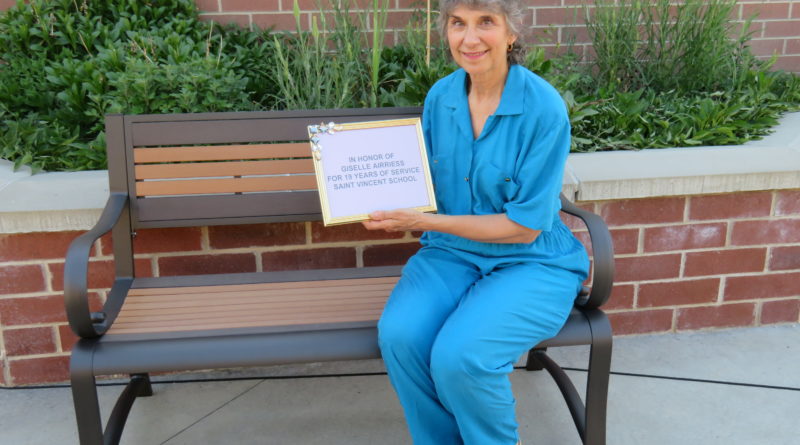 Airriess had been the school’s librarian teacher since 1999. As a reading tutor since 2001, she was also on the literacy team and loved seeing students embrace reading.

“Mrs. Airriess is loved by students and parents, and will be greatly missed,” Principal Gary Green said. “She is the consummate school librarian.”

Originally from Canada, Airriess enjoys traveling to visit family. She and her husband, Andy, have two grown daughters, one in England and the other in California. Her goal at the school: Provide the right book, at the right time, with a smile!

“I look forward to spending time with family, after embracing the community here as my family,” Airriess said.

“My experiences at St. Vincent School and Parish have given me memories that I will cherish always,” Garlinghouse said.